Dr Kolimechkov in the Media

Every now and then I am featured on social media and other different modes of communication, so in this section of my website you can see the latest media spotlight.

THE INSTITUTE FOR LIFECOURSE DEVELOPMENT 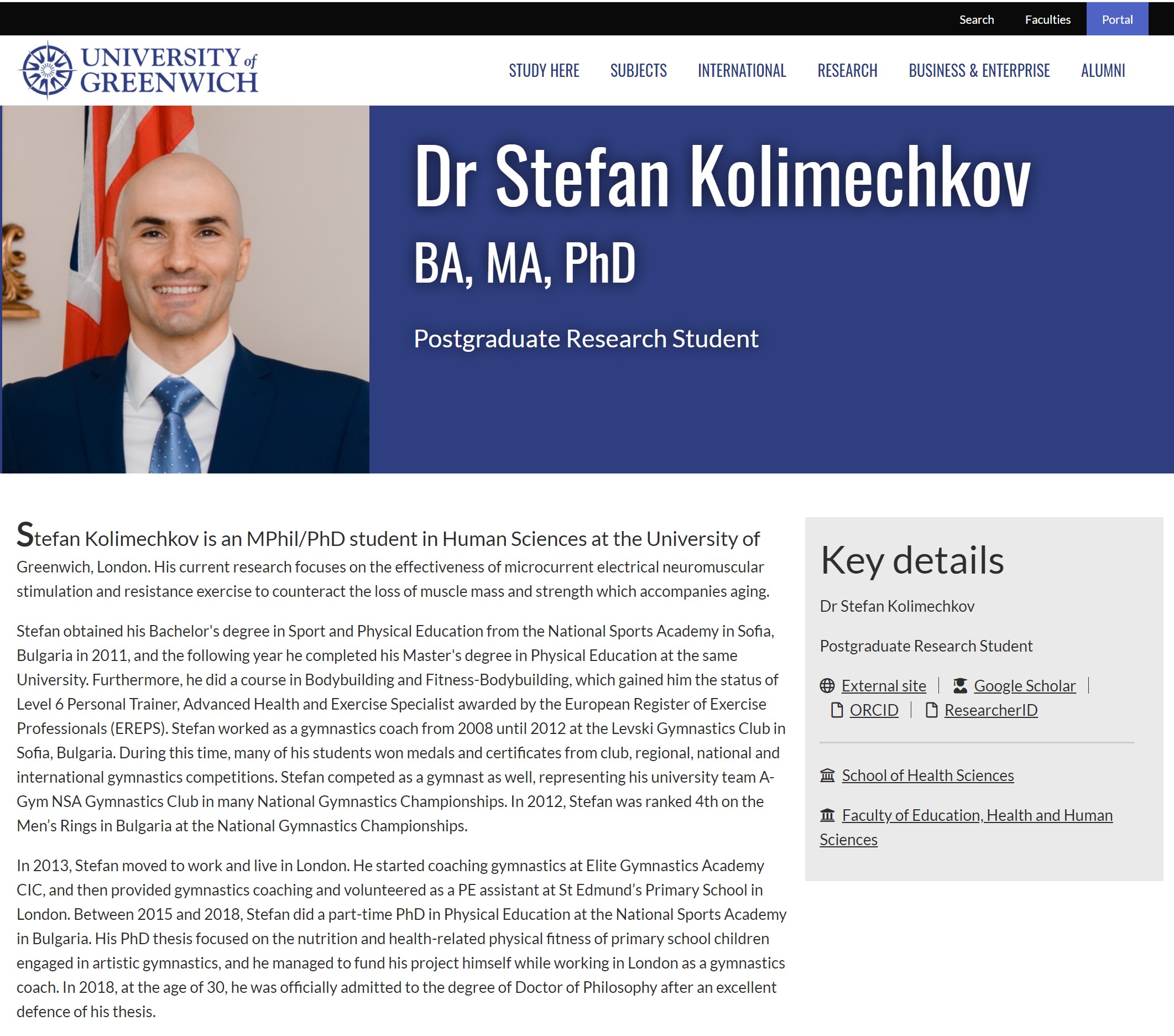 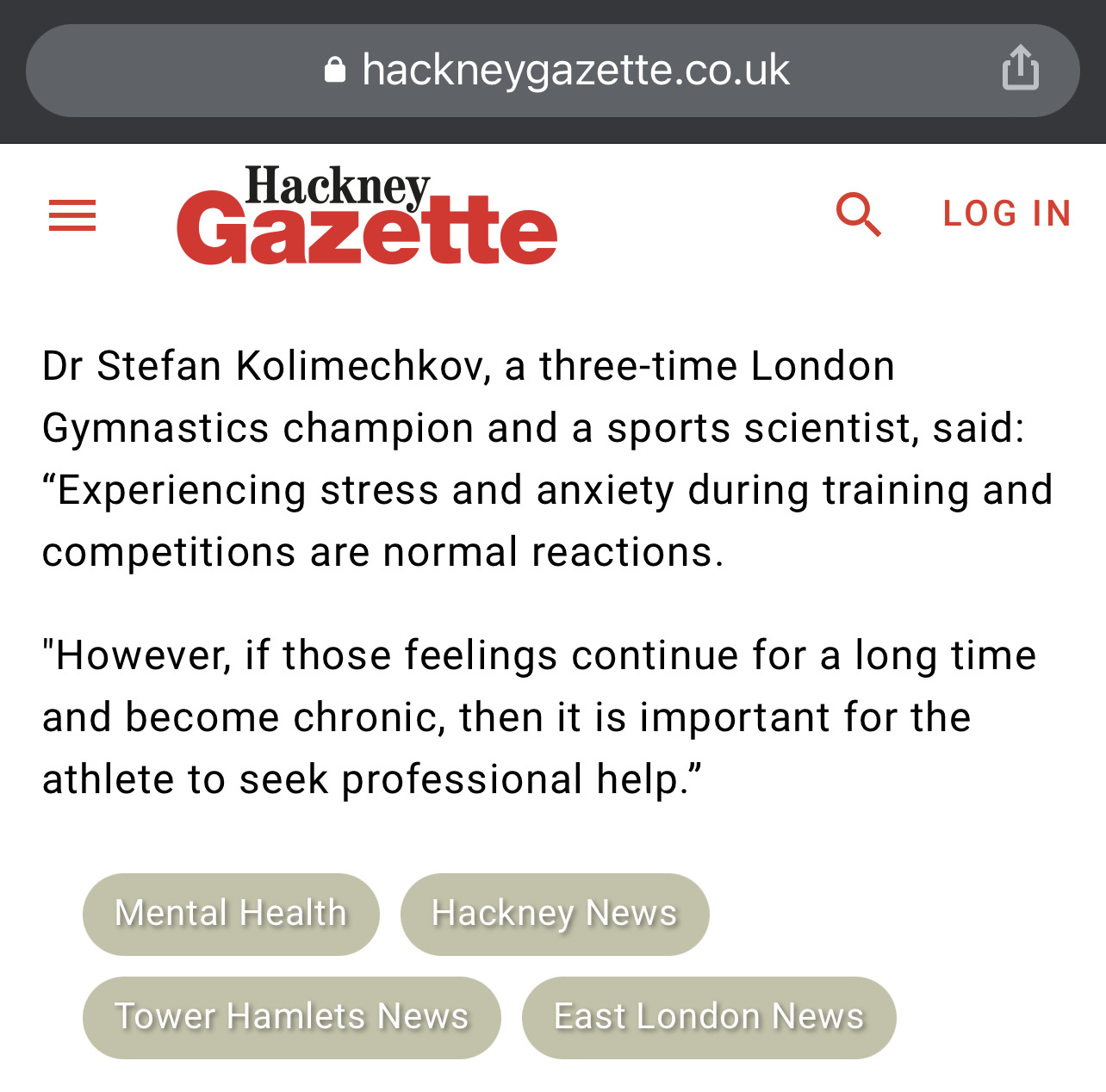 In August 2021, I was featured in an article called 'High bars, high pressure: mental health in gymnastics' in the Hackney Gazette. The newspaper has been the leading source of local news for Hackney and its surrounding areas in London since 1864. 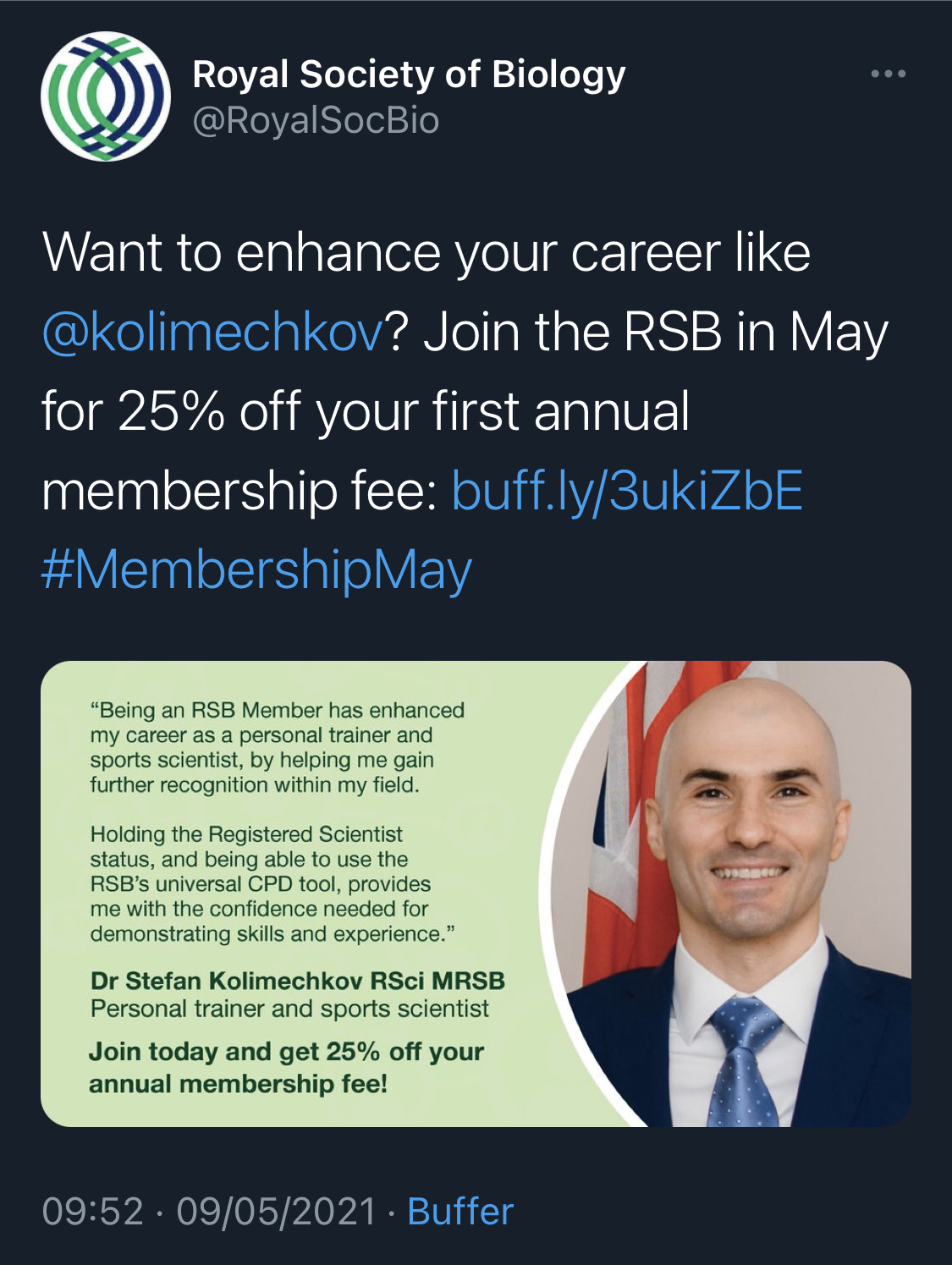 In May 2021, I was one of the featured members of the Royal Society of Biology's Twitter. This was during the #MembershipMay social media campaign which highlighted ways in which the RSB supports its members, provides information on membership grades, and showcases some members’ profiles. 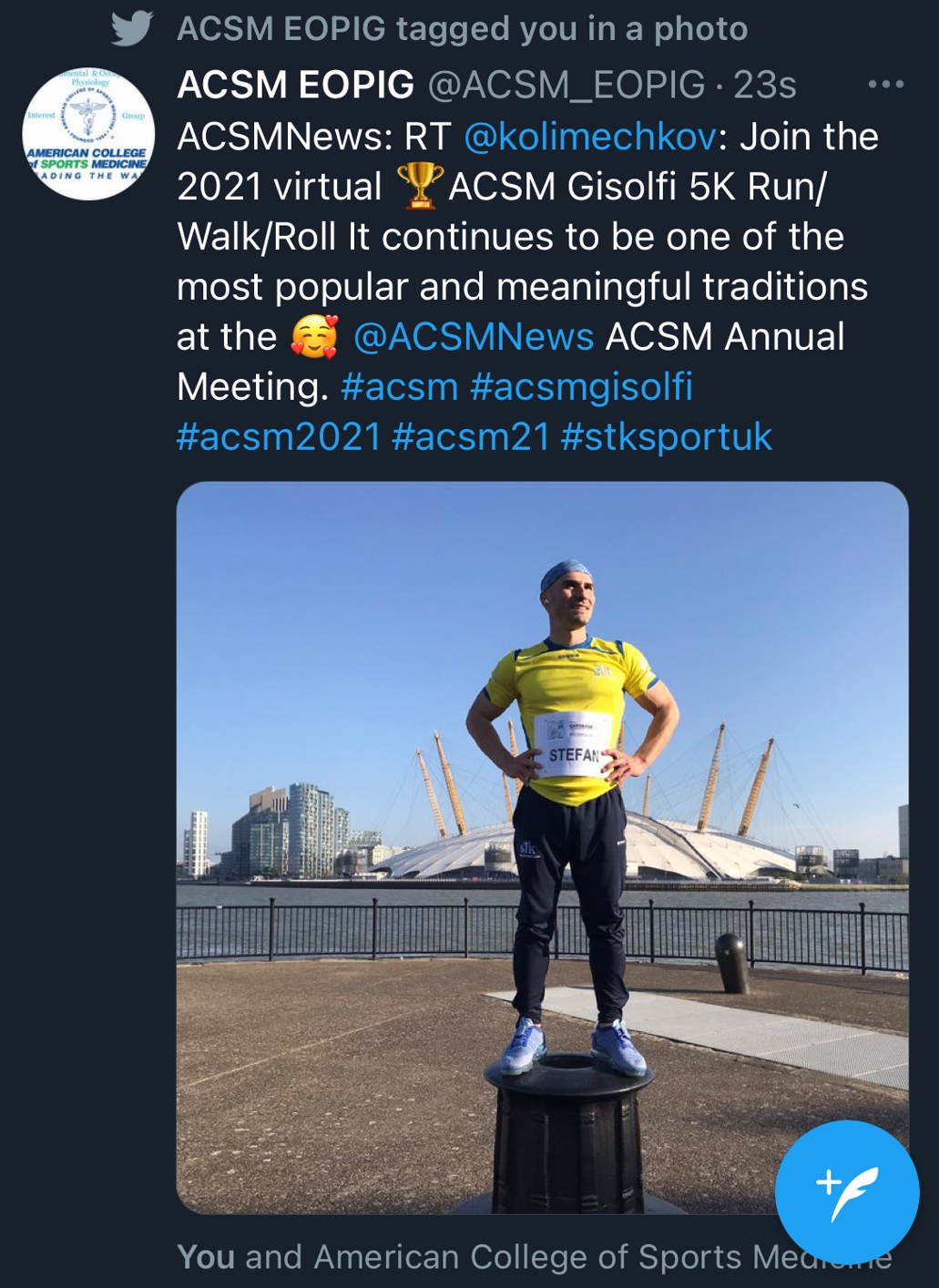 On 30 May 2021, I took part in the 2021 Virtual Gisolfi 5K. The charity 5K run took place between 15 May and 3 June with a total of 421 participants from 28 countries. MY PARTICIPATION: For a second year, I ran the 5K here in London, next to my favourite O2 Arena. Thank you to ACSM for featuring me on Twitter. 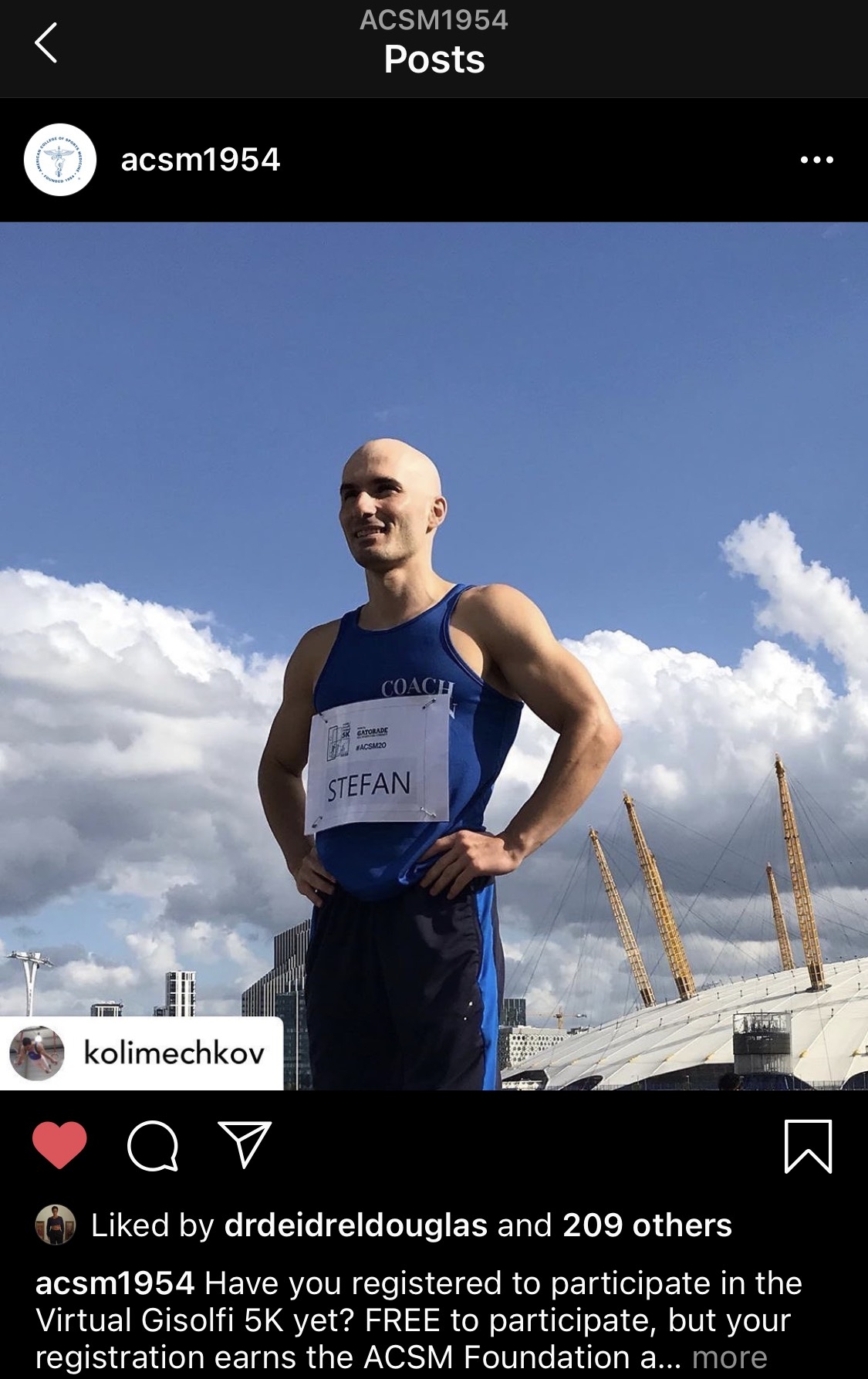 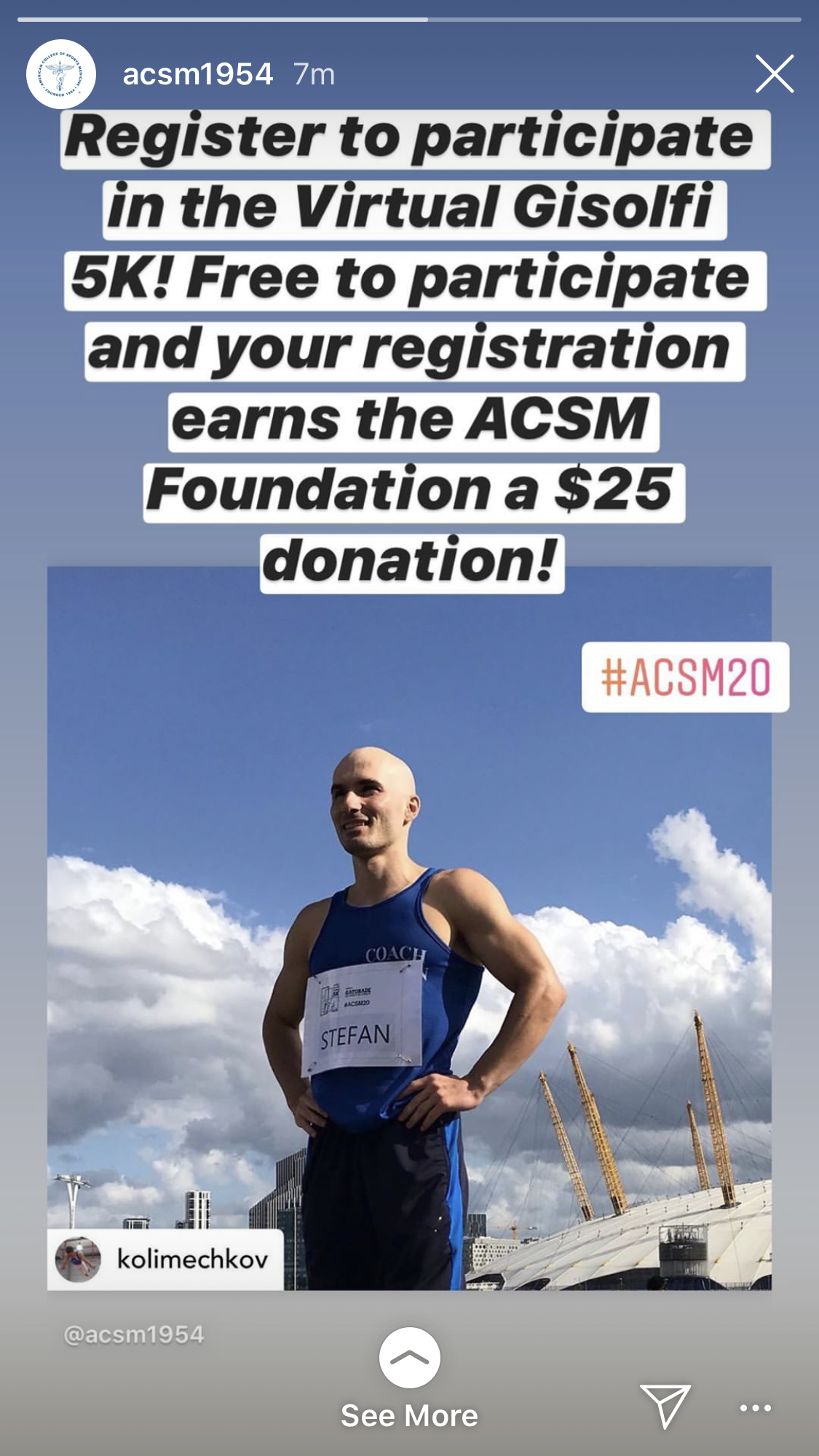 On 21 June 2020, I took part at the 2020 Virtual Gisolfi 5K, which marked the 20th consecutive year of ACSM and Gatorade celebrating runners, walkers and rollers of all skill levels. The charity 5K run took place between 12 June and 2 August with a total of 529 participants. The money which was raised through this participation was given to the ACSM Foundation and the ELEVATE Capital Campaign. MY PARTICIPATION: I ran the 5K here in London, next to my favorite place, the O2. Thank you to ACSM for featuring me on their Instagram. 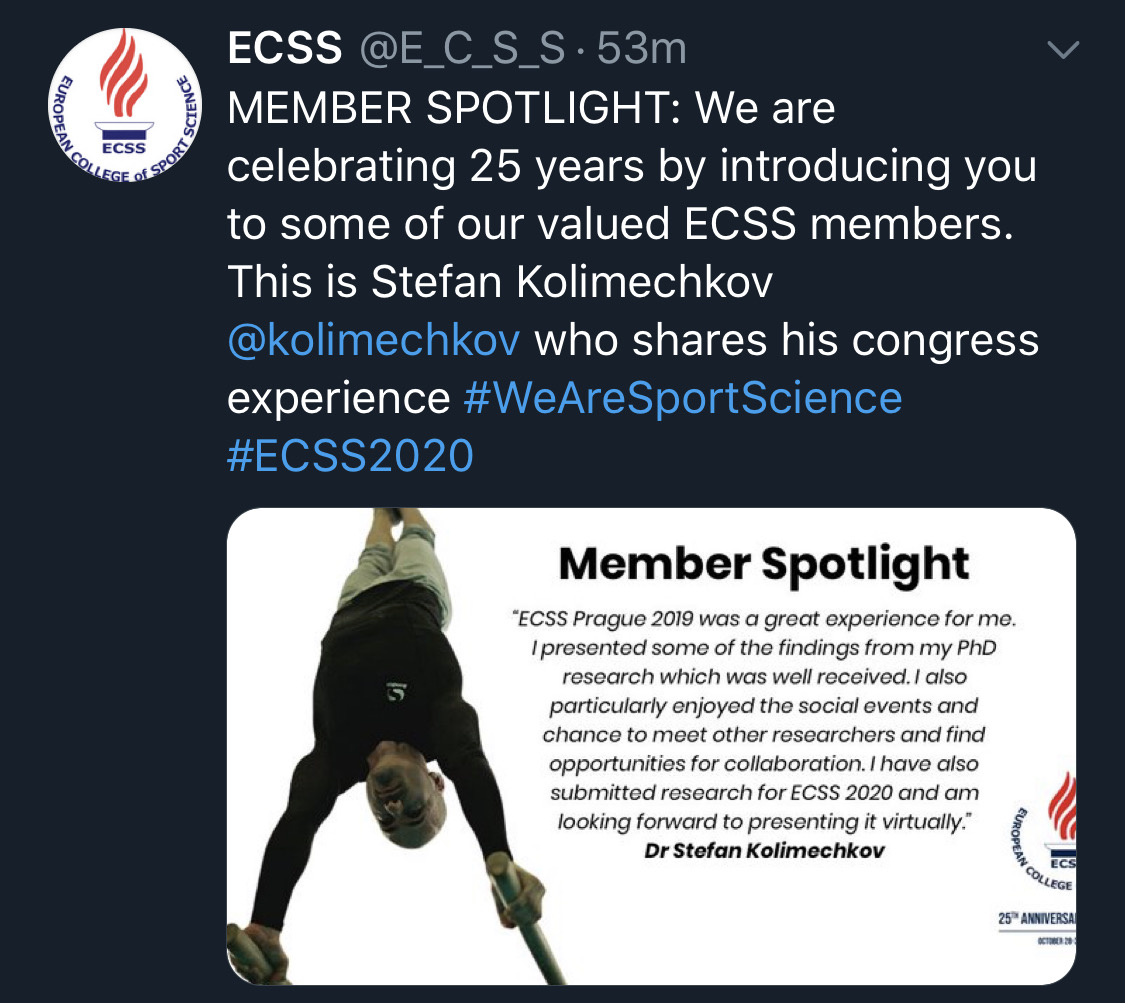 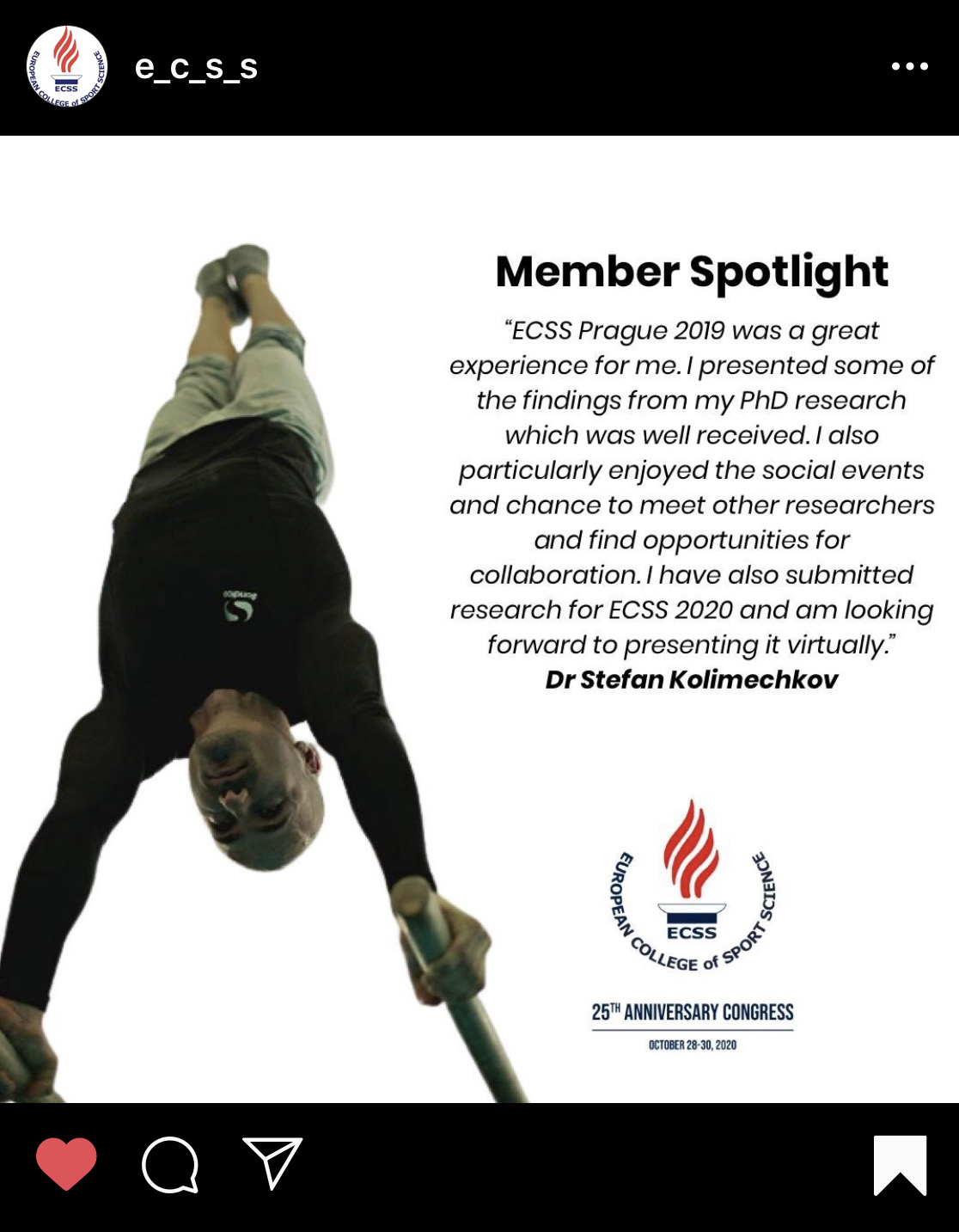 I was featured on the 2020 ECSS Member Spotlight in which I gave the following career advice for sport scientists: ‘Find a really good supervisor for your PhD. The role of a supervisor is so important, so find someone who is passionate and supportive. I also think it is key for young scientists to find opportunities to present their research both in person and via tools like Research Gate, social media and their own websites.’ 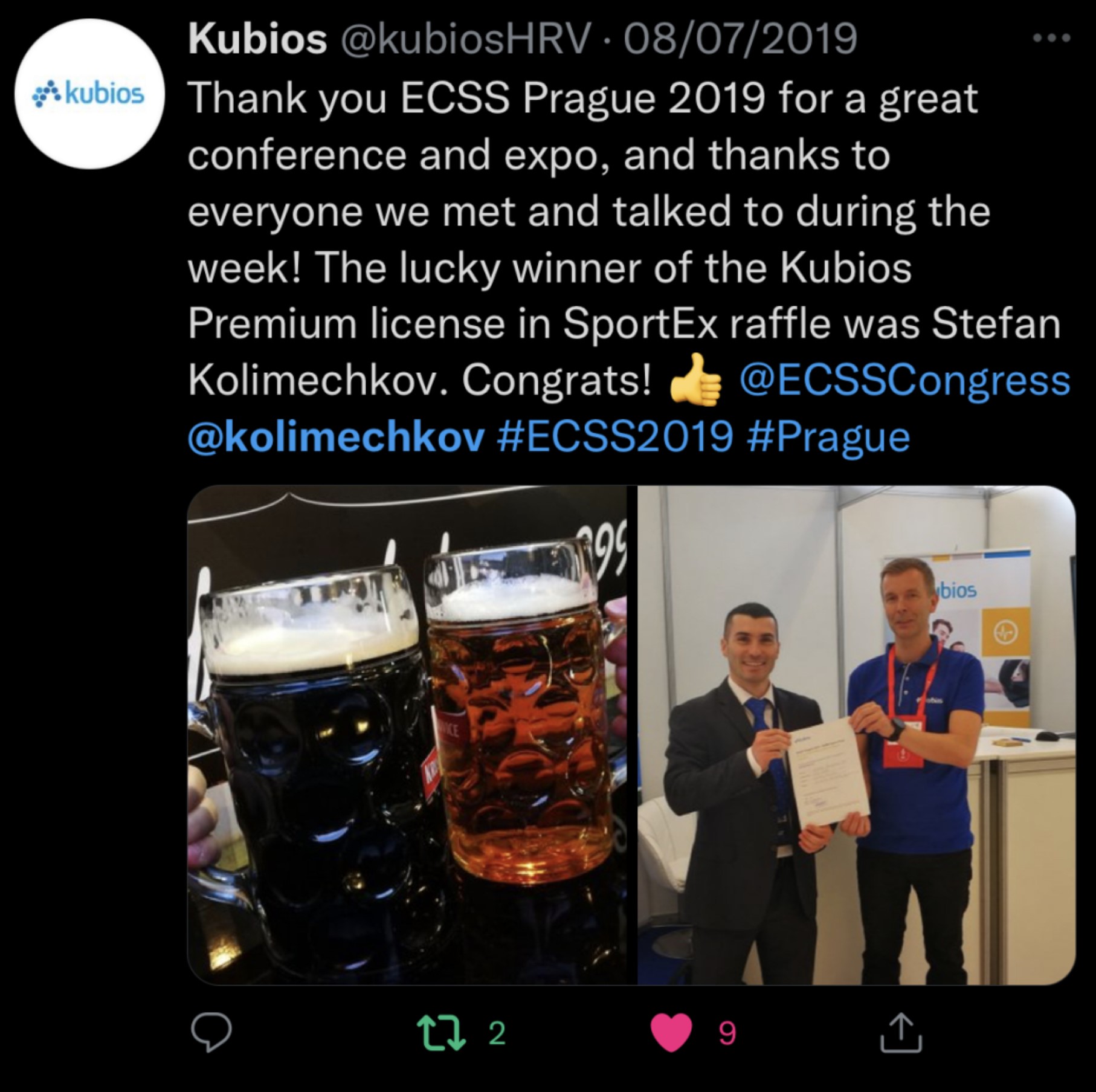 I was featured on the Kubios Twitter account after winning their HRV Premium Software at the 3rd ECSS SportEx Raffle during the ECSS Congress in Prague, 2019.

AMTI at the ECSS Congress 2019 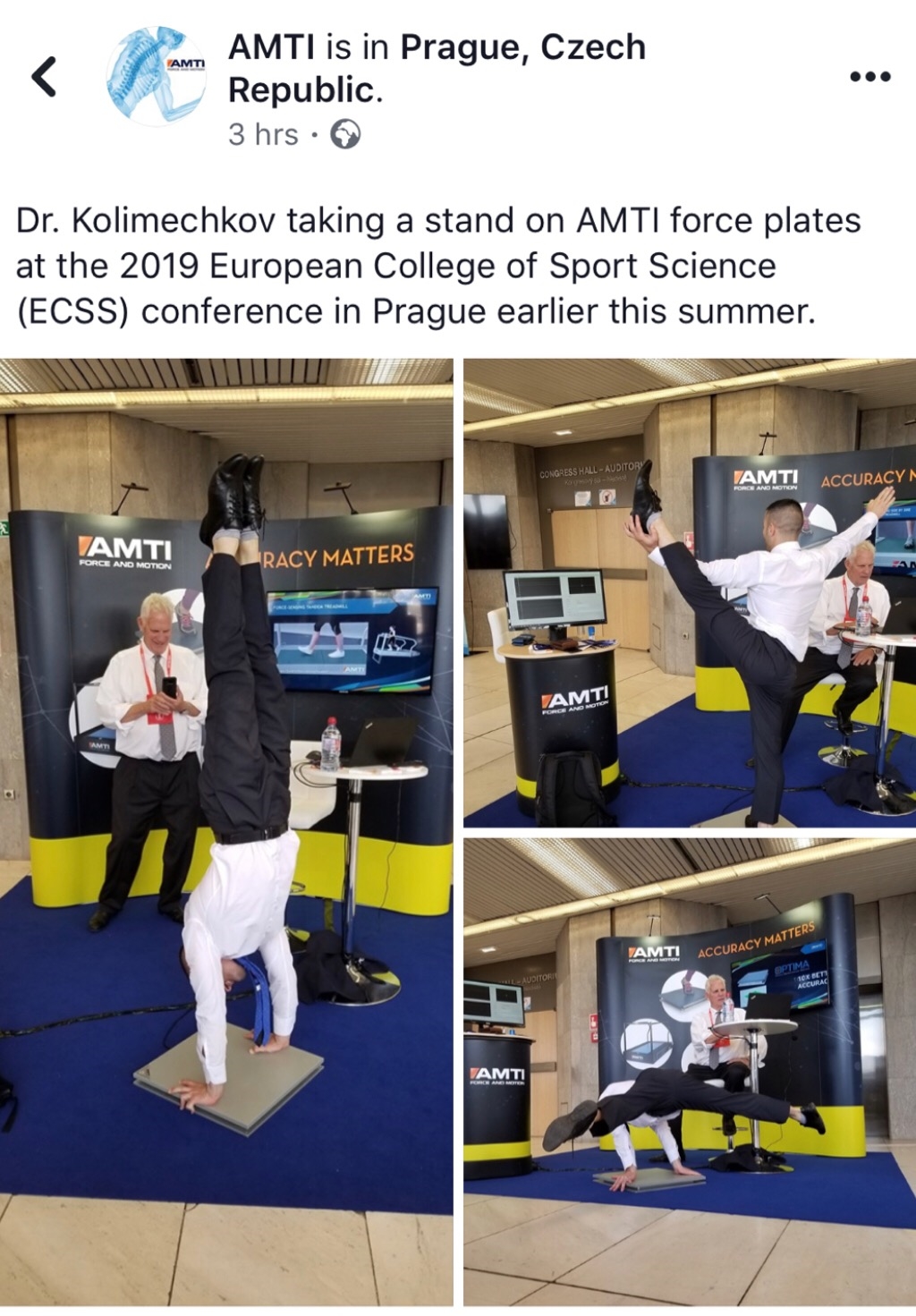 I was featured on the AMTI Force and Motion Twitter account after taking part in a balance assessment on their platforms during the ECSS Congress in Prague, 2019.