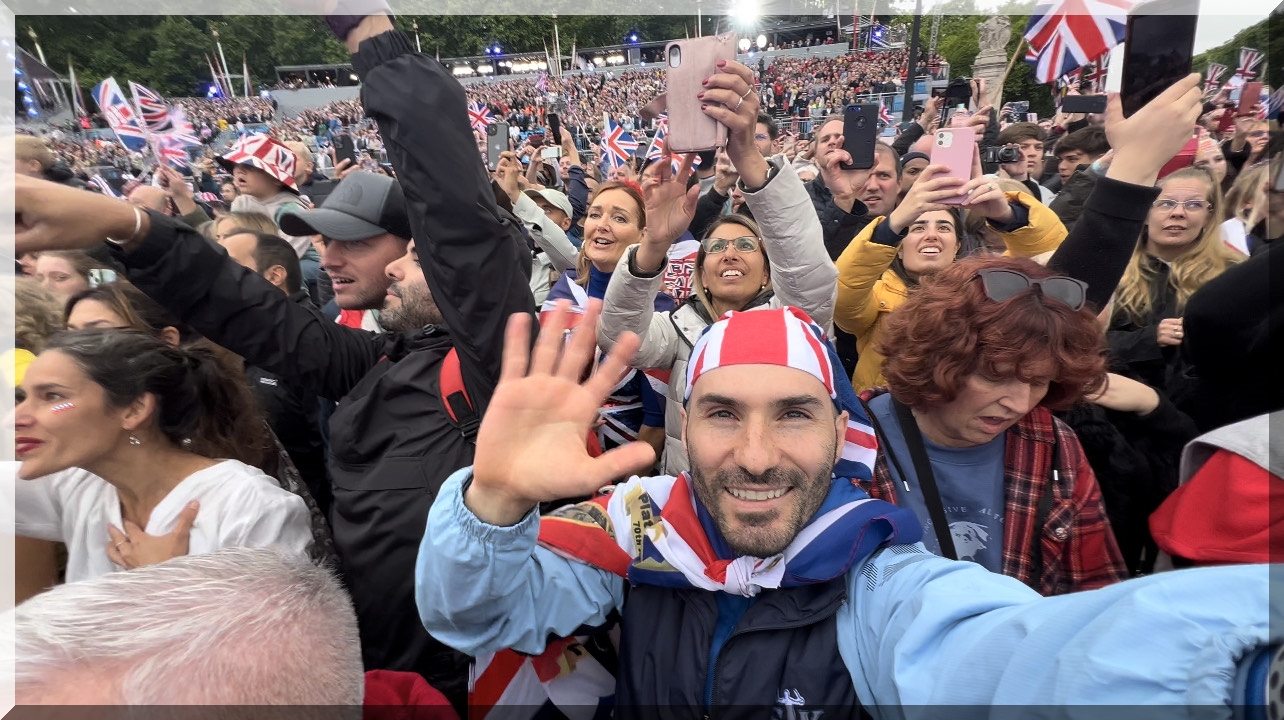 Being part of history. In June 2022, I took part at the celebrations of our Queen for her Platinum Jubilee marking remarkable 70 years of service. These events were extraordinary moments, moments of a lifetime with a huge historical significance, and I am proud for being part of them.

Queen Elizabeth II (Elizabeth Alexandra Mary) was born on the 21st of April 1926 in London, United Kingdom. She was known as the Princess Elizabeth of York, and became the Queen of the UK in 1952. Today, we are celebrating her 70th anniversary as a Queen. She is the longest serving queen, as well as one of the most famous and admired people in the world. 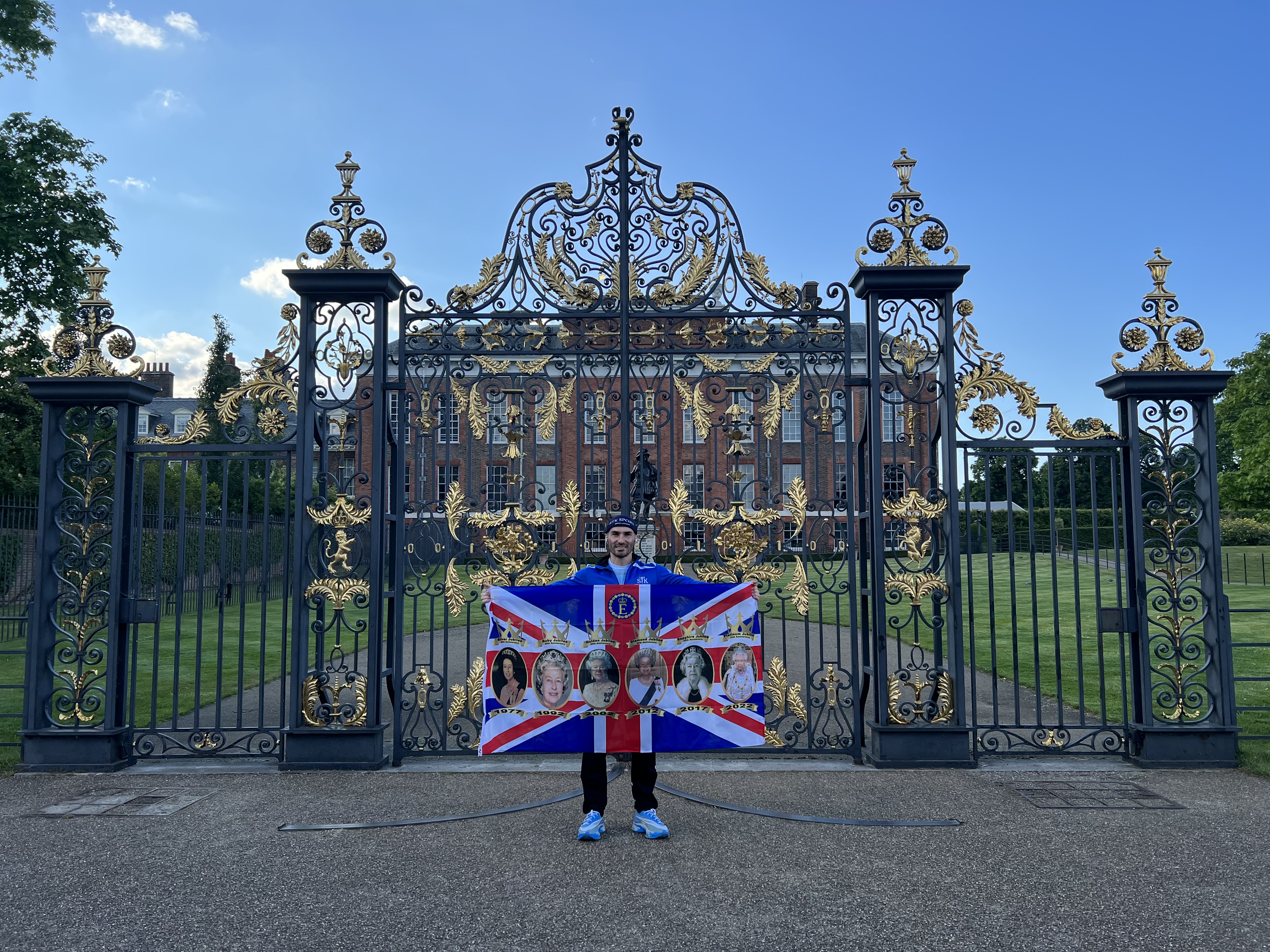 I would like to acknowledge that Her Majesty the Queen is the first British Monarch to celebrate a Platinum Jubilee, marking 70 years of service to all of us here in the United Kingdom, Kensington Palace, Platinum Jubilee 2022. 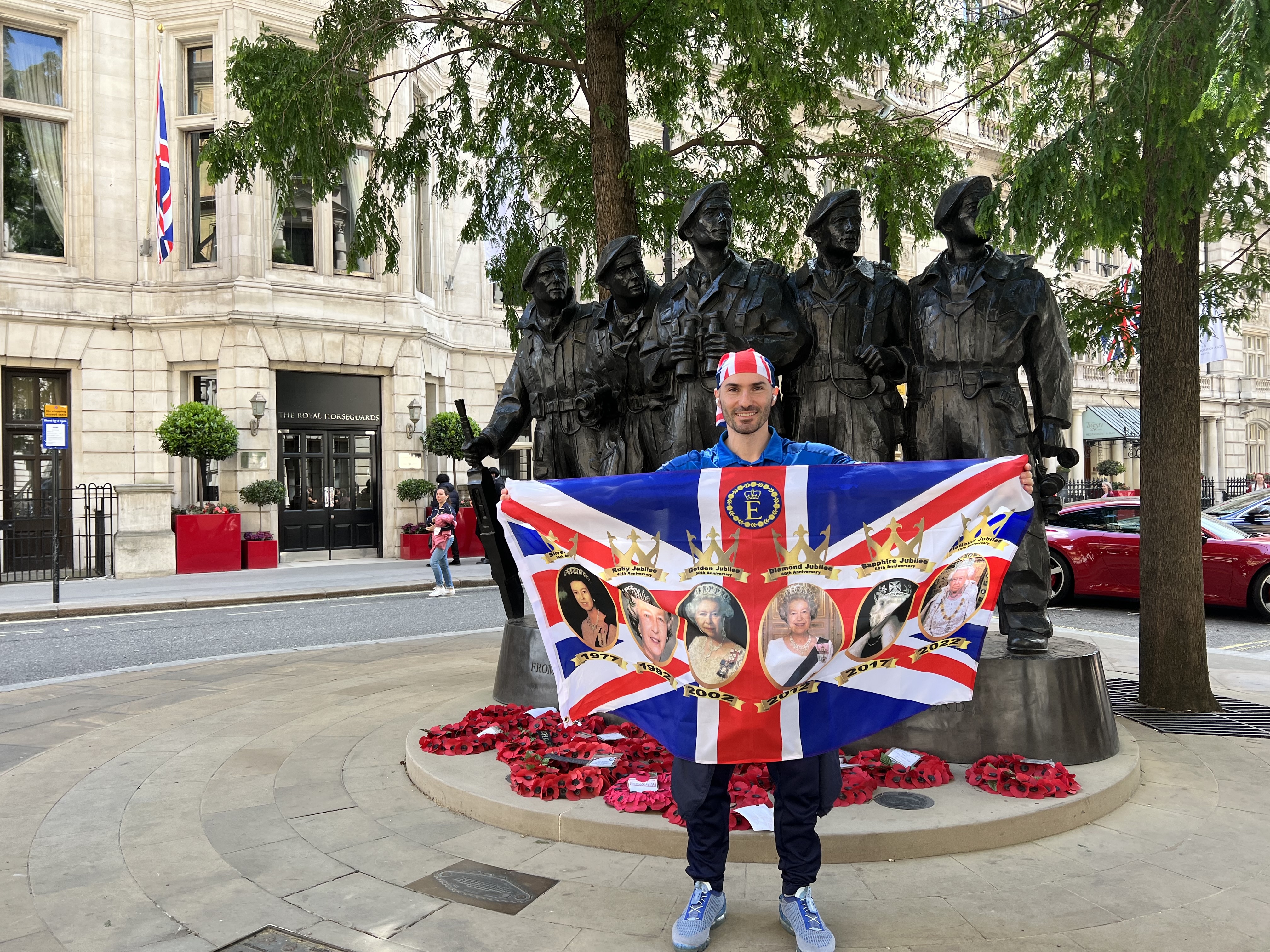 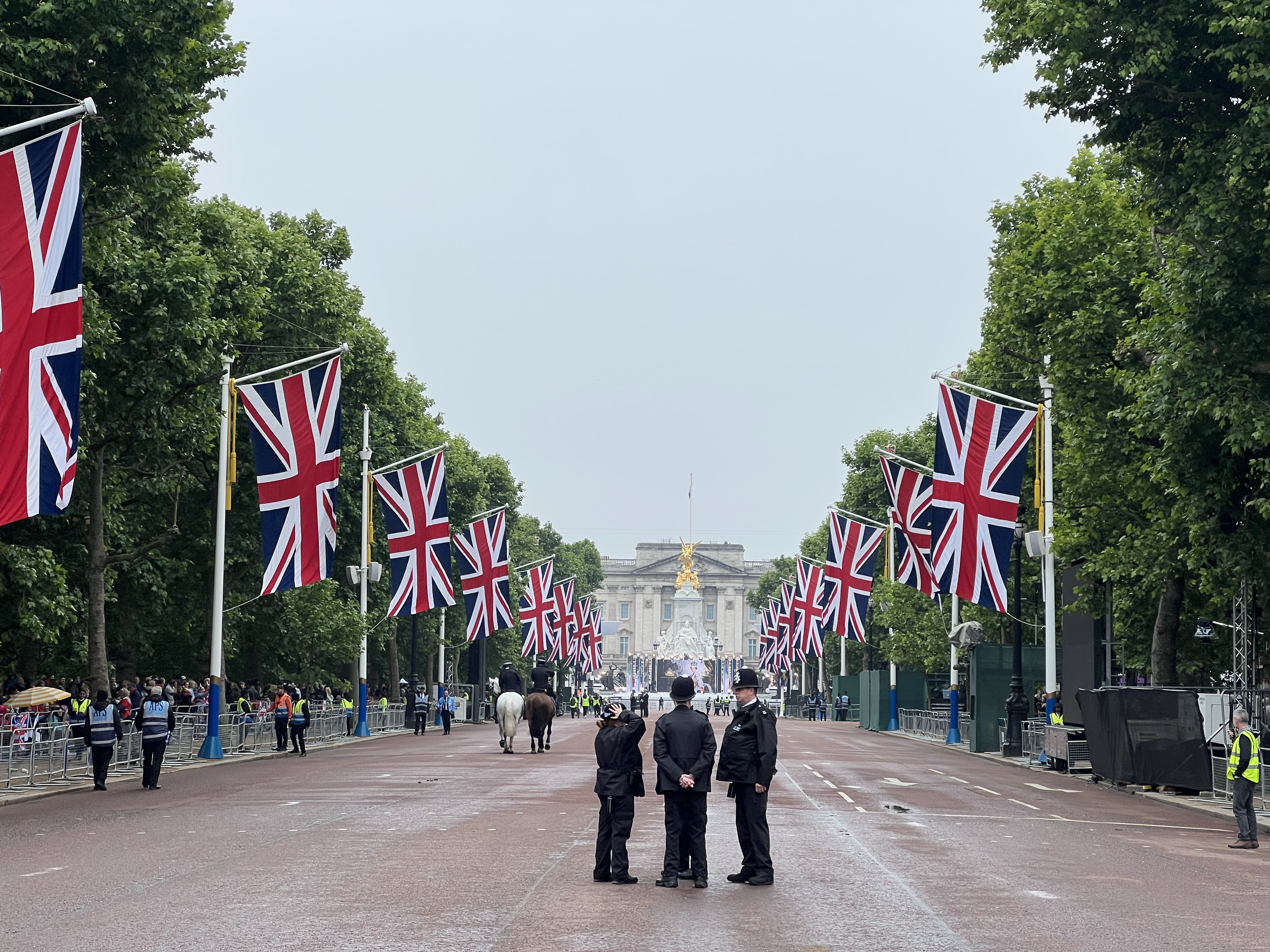 The Mall leading to Buckingham Palace before the start of the big event, Platinum Jubilee 2022. 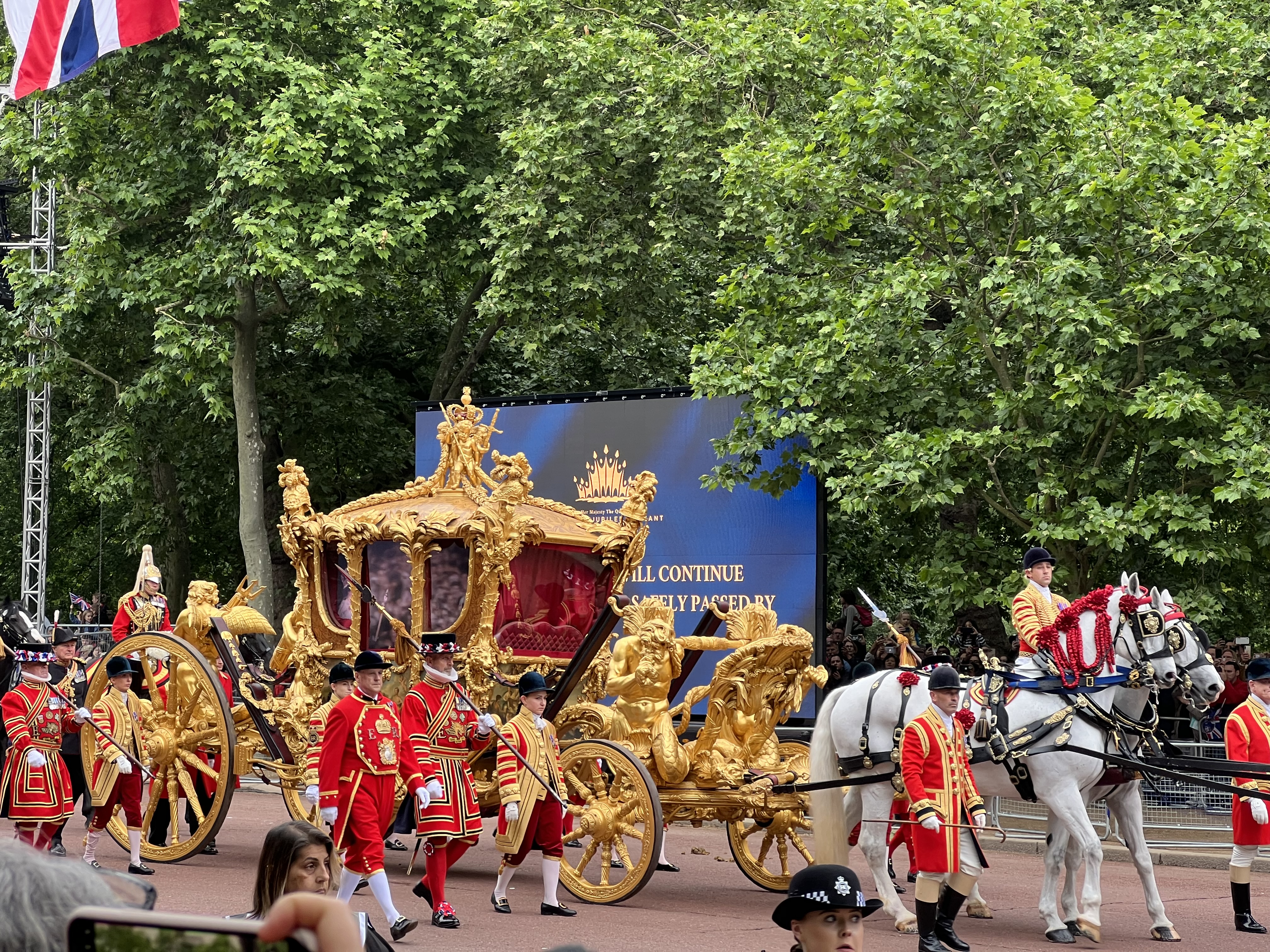 The Pageant took place on the 5th June 2022, bringing a once in a lifetime experience to millions of people. I truly enjoyed it! 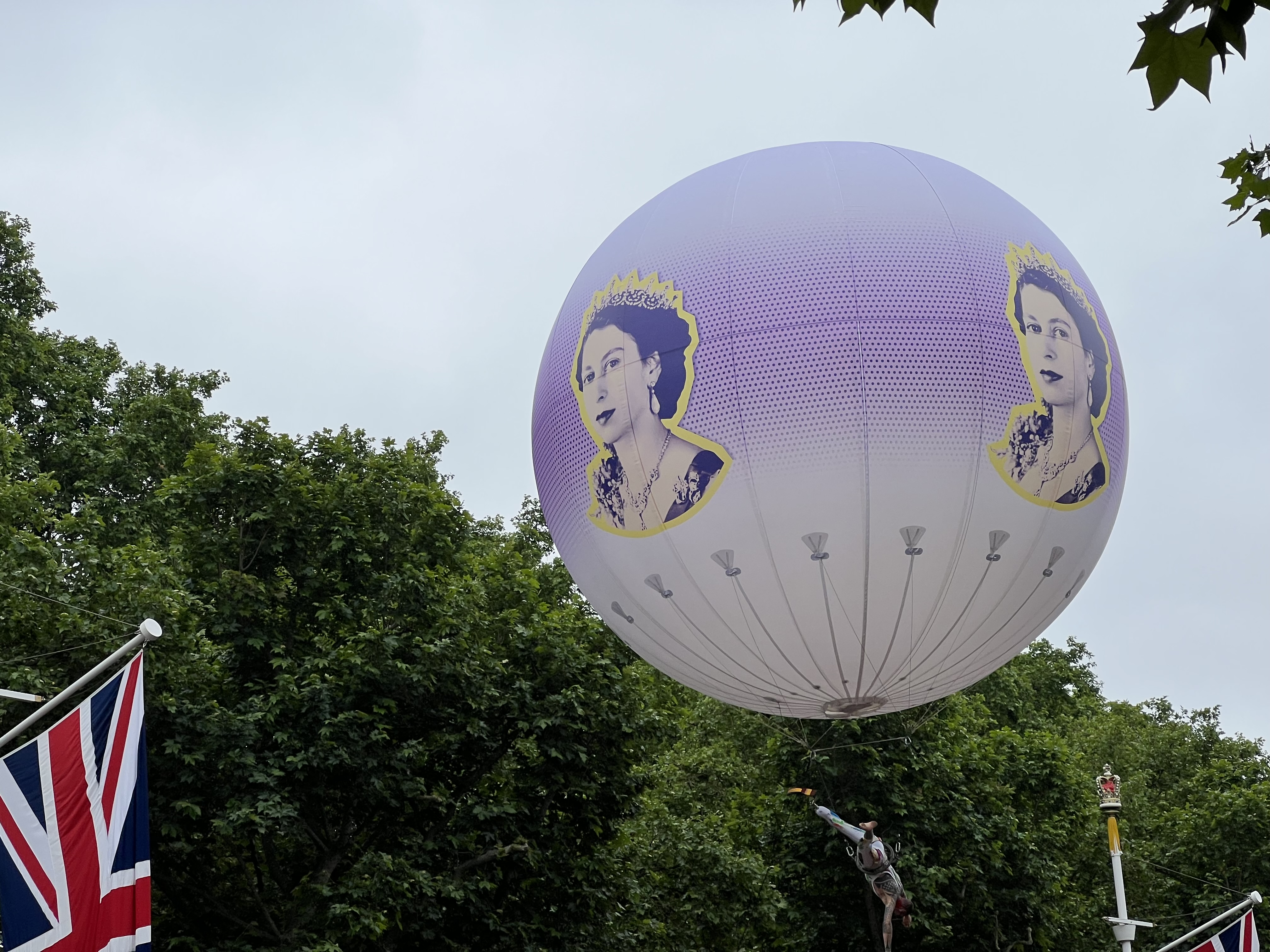 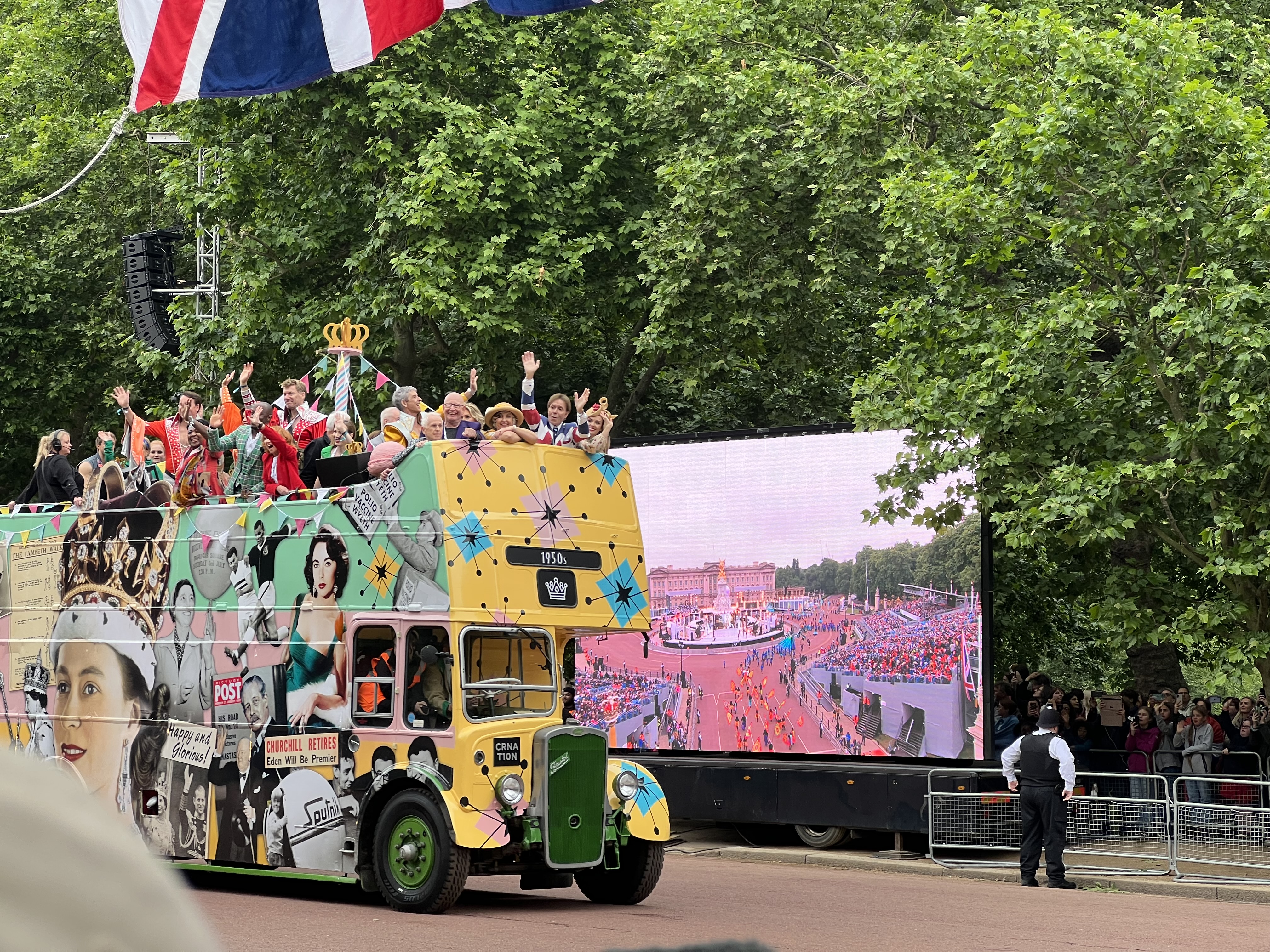 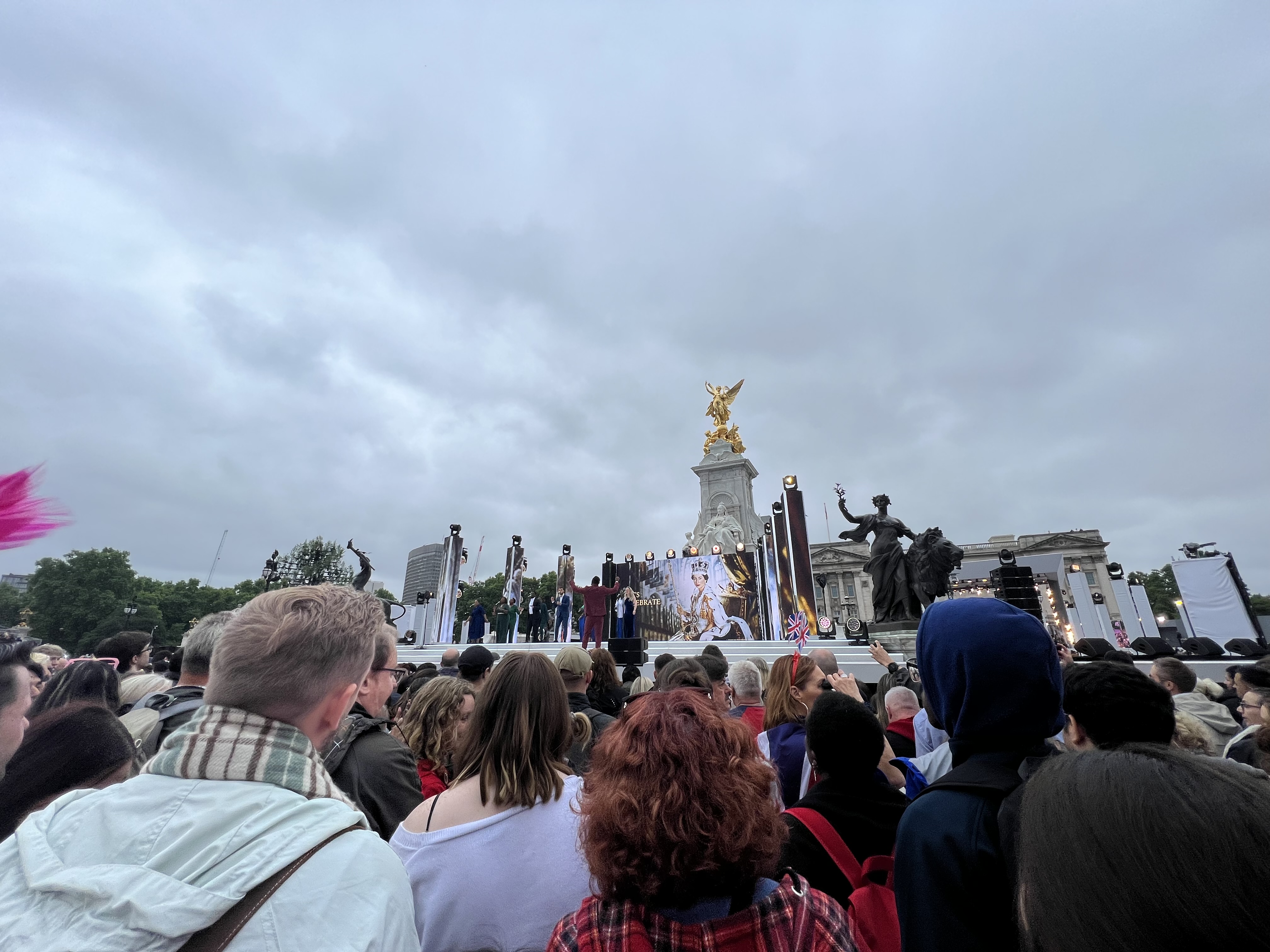 View of the stage in front of Buckingham Palace, Platinum Jubilee 2022. 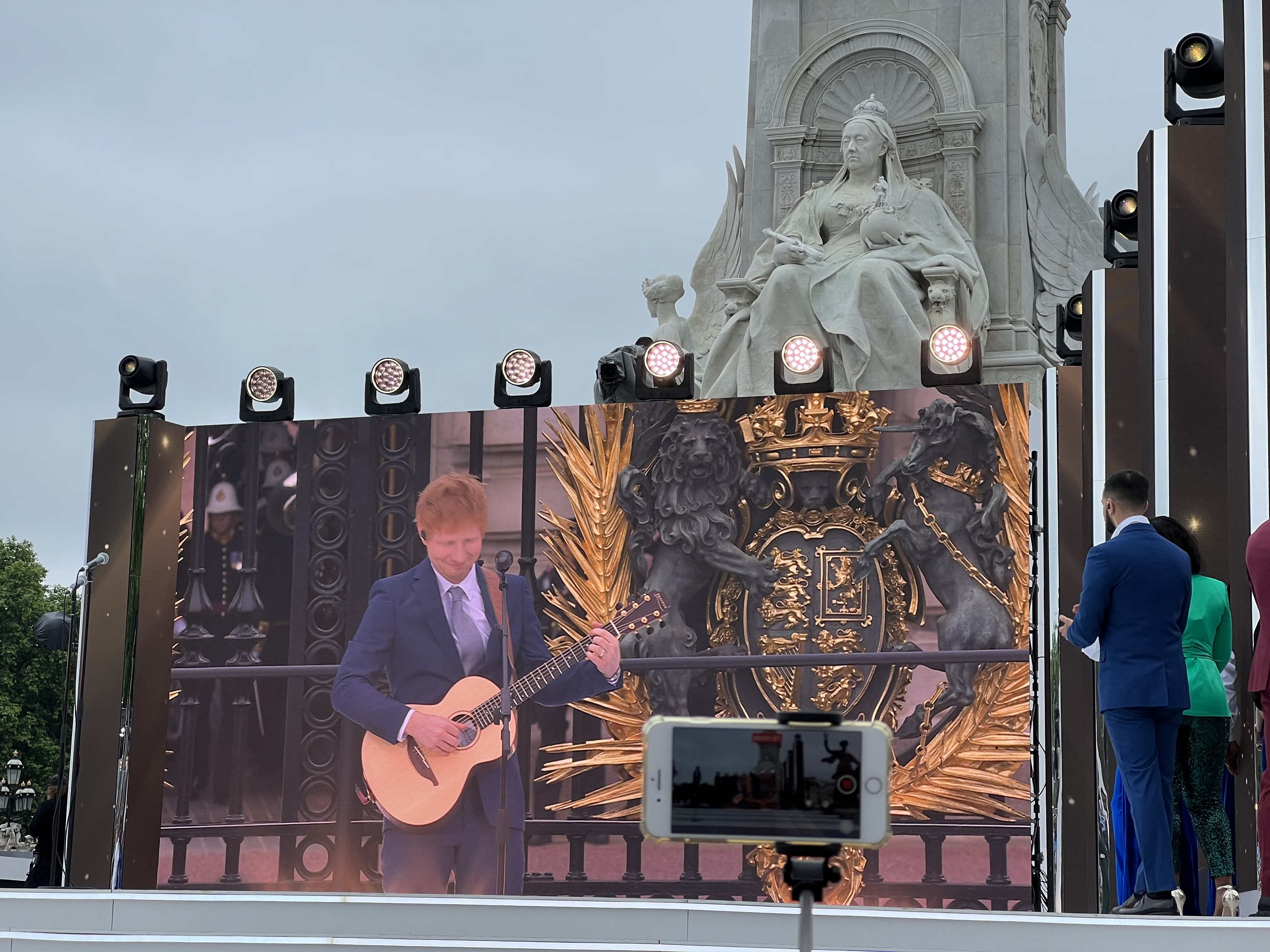 Ed Sheeran performed his beautiful song 'Perfect' at in tribute to the Queen's Platinum Jubilee 2022. What a moment that was! 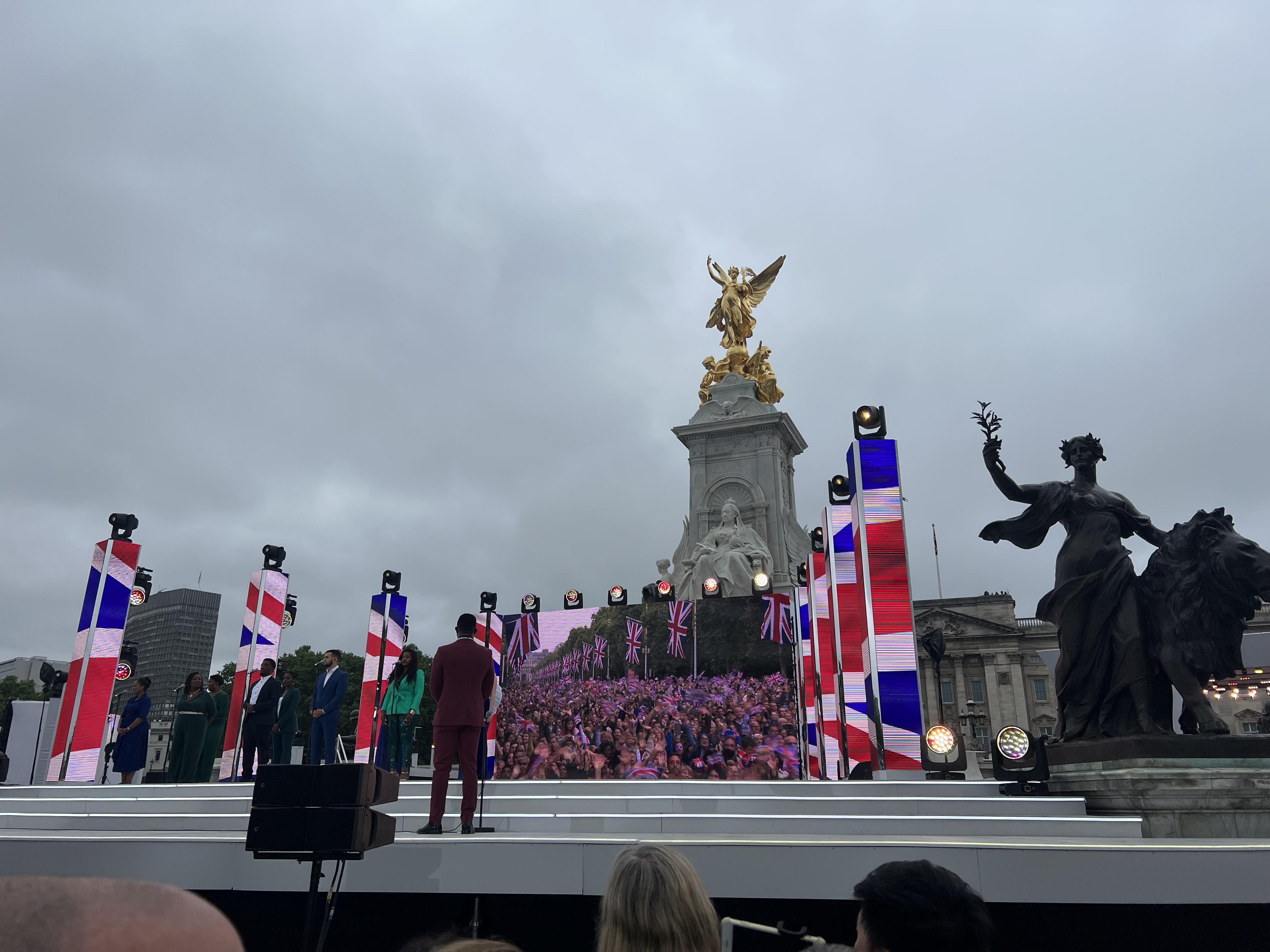 Just look at the screen on the stage. The Mall was absolutely packed with people, all over Buckingham palace was full of crowds experiencing a lifetime moment. I was delighted to make it so close to the stage. And then, the biggest surprise of all... The Queen appeared on the balcony with the Royal family, and we all sang the British anthem. It was magical. Moment of a lifetime! 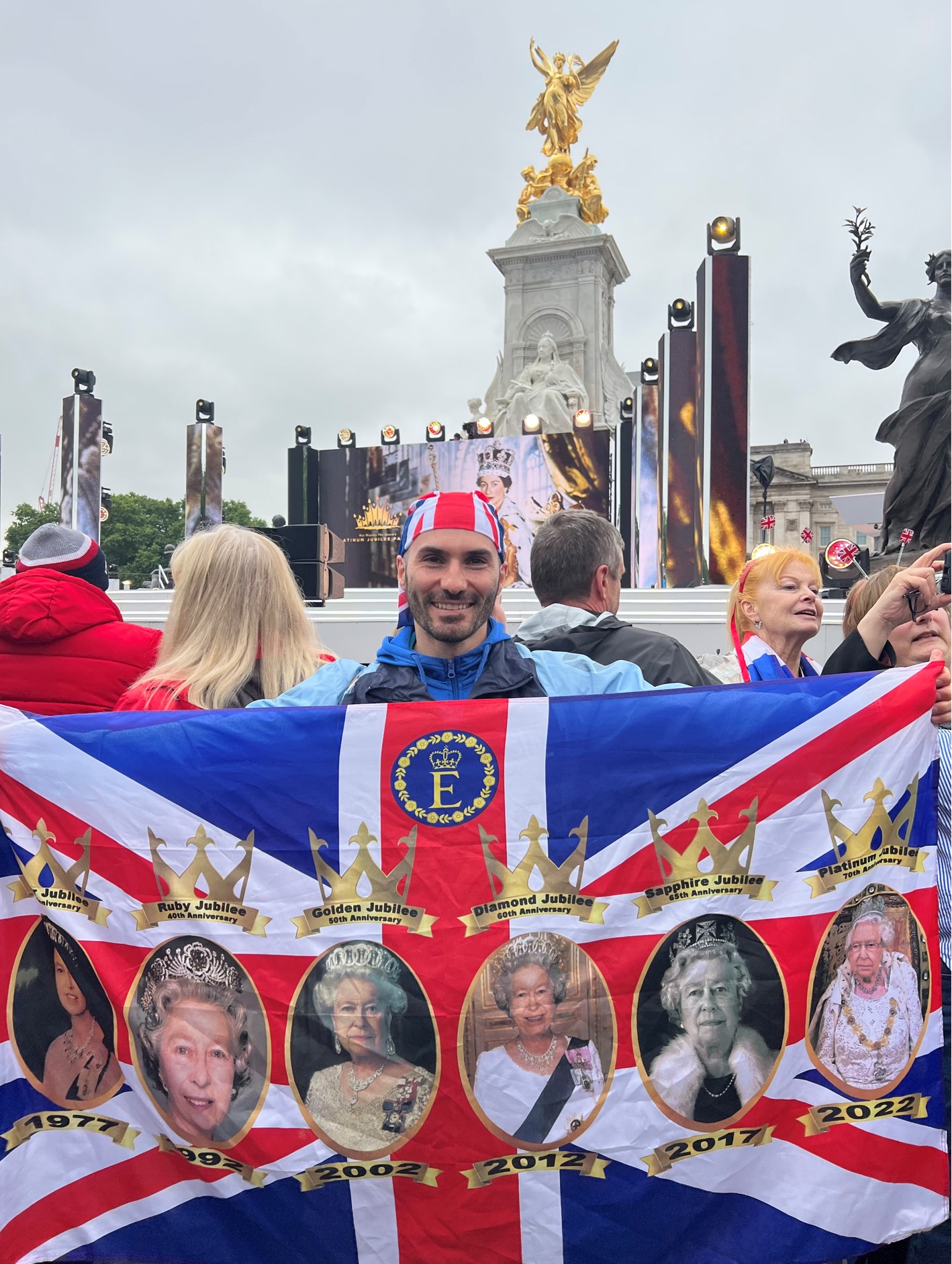 A remarkable historic moment for our Queen with her 70 years in service. Here I am in the very heart of the Platinum Jubilee holding the special edition of the Queen's flag. I will remember this event until the end of my life. Thank you for your service Your Majesty, Queen Elizabeth II. 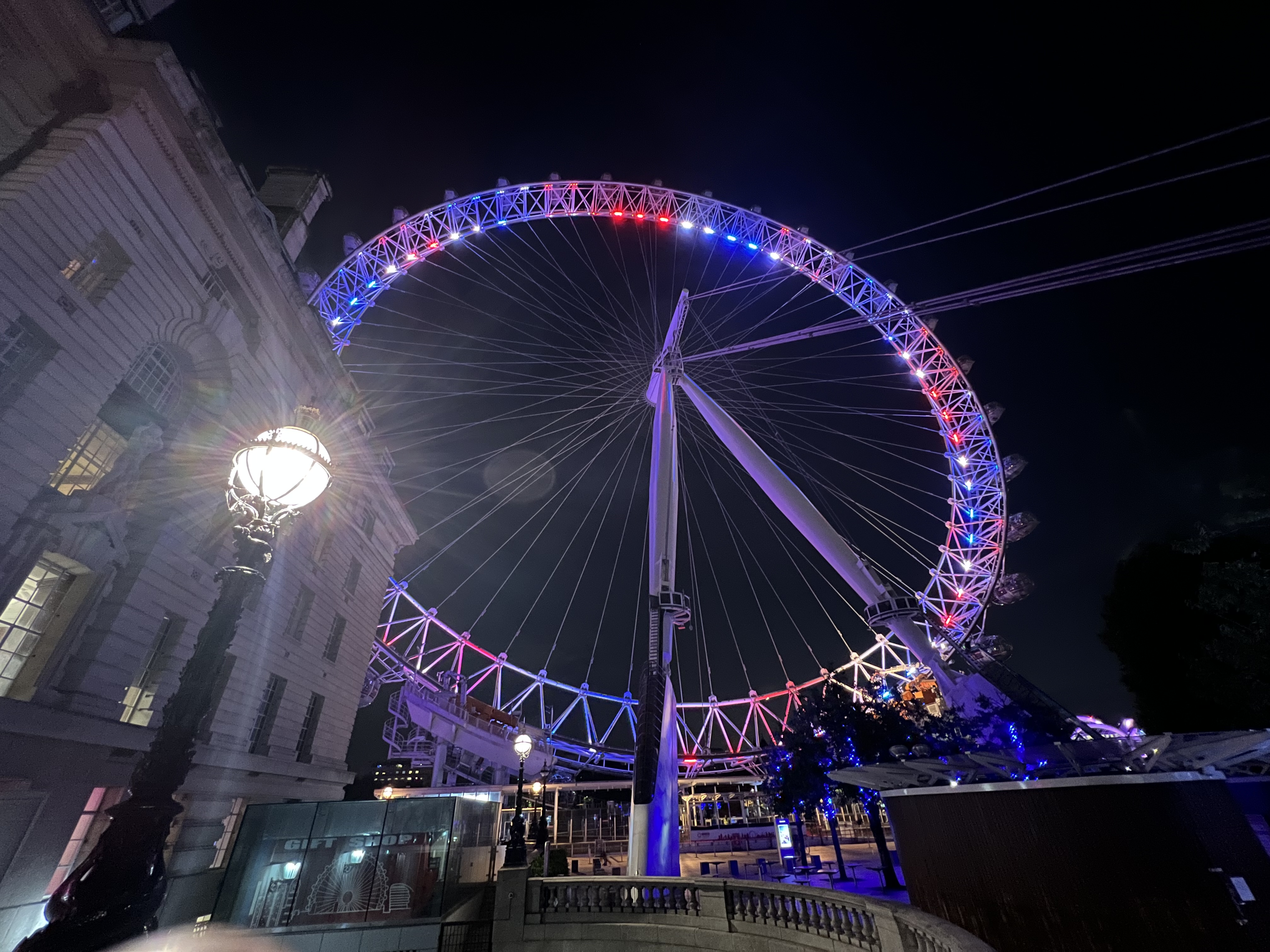 London Eye in the evening shining in the colours of the British flag at the end of Platinum Jubilee 2022. 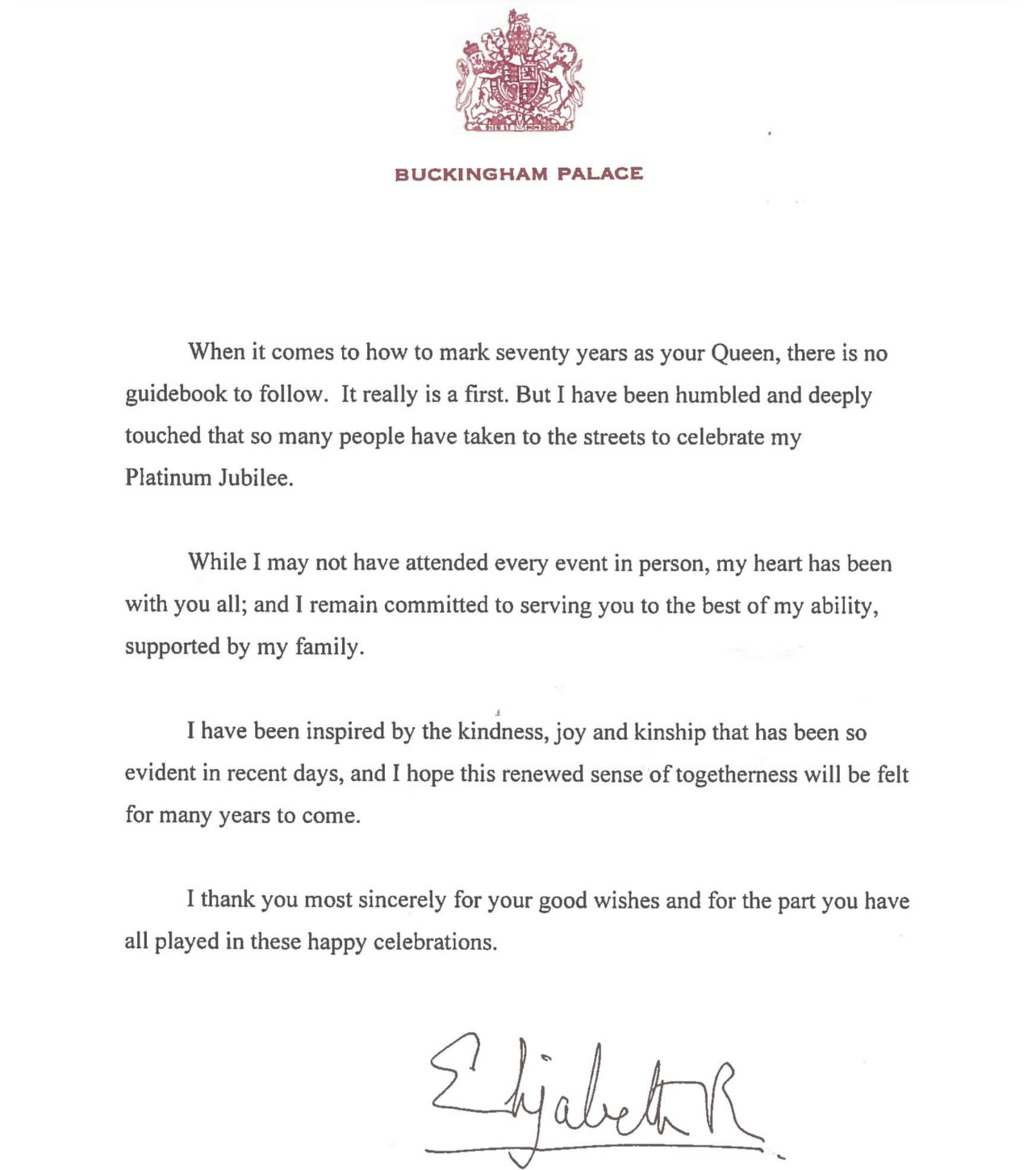