In this section I am presenting my educational background, and here you can witness every single milestone in my life. Education is a process of learning, which continues throughout the whole lifespan of each human being, and, therefore, this page will keep growing with time.

I was enrolled for a three-year (2015-2018) higher education distance learning course on 1 July 2015 at the Department of Physiology and Biochemistry of the National Sports Academy 'Vassil Levski', Sofia, which led to a PhD Degree in the Physical Education Pedagogy research area in the following accredited PhD programme: 'Physical Education in the Educational System'...

Physical Education in the Educational System »

In the summer of 2007 I successfully passed theoretical and practical exams in order to start a BA Degree at the National Sports Academy 'Vassil Levski'. On 22 August 2007 I was registered for the 4 academic year full time higher education course leading to the degree Bachelor of Arts, accredited programmes: Sports and Physical Education...

This page consists of my CPD (Continuing Professional Development) training, which includes courses, scientific conferences, meetings, workshops, certificates and awards. I believe that the CPD is an essential way to insure the maintenance and development of knowledge and skills... 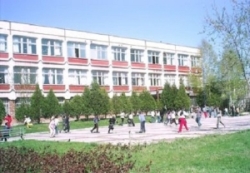 Shortly after I was born, my father was promoted within the Ministry of Defence, and my family moved to Sofia, the capital of Bulgaria. Having had maternal grandparents who devoted their lives to teaching in the Bulgarian school system, I was taught how to read and write prior to starting my primary education, which began in 1994 at the Chernorizets Hrabar Primary School No.163 in Sofia, and which I completed seven years later in 2001. 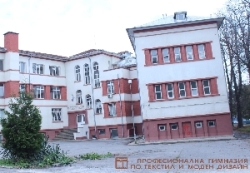 It was a tough decision regarding which school to choose for my secondary education, but after a while I applied to the Professional School of Textile and Modern Design (PSTMD) in Sofia. My first choice when applying was for the course in computer design of textile products, which was a brand new specialisation at the PSTMD, and after continuous preparation for the main exams, I was delighted to be accepted. At the end of 2001 I commenced my secondary education there, graduating in 2006. During these few years my motivation for sport, and gymnastics in particular, grew enormously. Subsequently, as a result of this, my hobby became my profession, and inevitably I transferred this desire to the next level of my education. 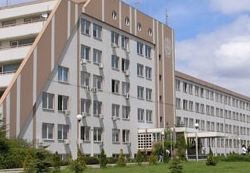 My aim was to become the best gymnast in the world, and in order to accomplish such a goal one needs to implement the best available knowledge within the area of sports science, and to have the support of very experienced coaches. Subsequently, my next step was to apply to the National Sports Academy (NSA) in Sofia, which is the only university fully specialising in Sports Science in Bulgaria. In the summer of 2007, I passed the theoretical and practical exams, and on 22 August I was officially registered for a four-year course leading to a Bachelor's degree in Sports Science. My specialisation was in the coaching of artistic gymnastics, in addition to a second specialisation in teaching physical education, and during my studies at the NSA, I was also working as a gymnastics coach at the Levski Gymnastics Club. After an excellent defence of my Bachelor thesis paper, as well as exemplary results from the state exams, I obtained my Bachelor's degree from the NSA in 2011.

In January 2013 I moved to London, where I started working as a gymnastics coach for the Elite Gymnastics Acsdemy CIC. The same year I applied for a funded PhD course at the NSA, but unfortunately, and to my huge surprise, I was ranked only second after the written and oral exams back in Sofia, and therefore I was not offered the single available position for a PhD student. However, in 2014 I started preparing a PhD project and made a selection of a few universities for application purposes. After deciding on a complete title and purpose statement for the dissertation, in addition to many improvements in my methodology, I started conducting research in the United Kingdom at the beginning of January 2015. A few months later, the project proposal was sent to the National Sports Academy in Sofia, which my supervisors and I deemed to be the best option at the present time as far as universities are concerned. Although not a funded course, this time I was successful in my application. On 1 July 2015, I was officially enrolled as a Doctoral student in the accredited PhD Programme: 'Physical Education in the Educational System' at the NSA. The following three years were extremely successful for me and after an excellent Internal Defence in front of the Department of Physiology and Biochemistry, I had my Official Public Defence for obtaining the PhD degree. On 30 May 2018, at the age of 30, I was officially admitted to the degree of Doctor of Philosophy (PhD). 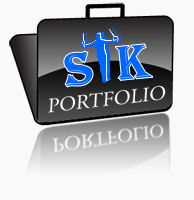