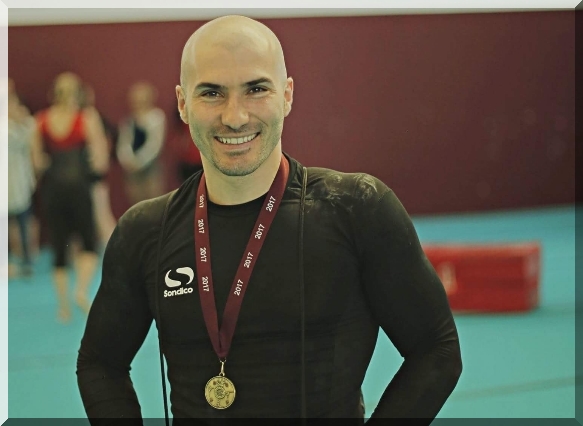 That was one magnificent year. I am now the London Rings Champion for the third consecutive year, as well as 4x Sutton Gymnastics Academy Rings Champion, but above all, I enjoy training more than ever.

My first scientific article as a sole author was published in the European Journal of Physical Education and Sport Science in April this year, and following its acceptance I was invited to join the International Editorial Board of this journal.

At the end of April I was awarded Registered Scientist status (RSci) by the Science Council, UK, and its professional body, the British Association of Sport and Exercise Sciences. The process of obtaining this award involved filling in an application form, in which I had to give examples from my experience in five areas of competence (i.e. application of knowledge and understanding, personal responsibility, interpersonal skills, professionalism, and professional standards), in addition to providing a list of publications and degrees awarded.

After a nomination for the FIEP New Leaders Programme, which was made by Assoc. Prof. Albena Alexandrova, I was approved by the FIEP Executive Board as a delegate for the 2017 FIEP European Congress. This was a huge opportunity for me to present our scientific team, as well as our research, in a poster presentation at the 12th European Congress in Luxembourg.

For a second year in a row I was selected for the FANS & FACS Schemes, which provide free access for National and County Sports People to many sporting facilities in North London. This pass enabled me to train more often and better prepare myself for future sports events.