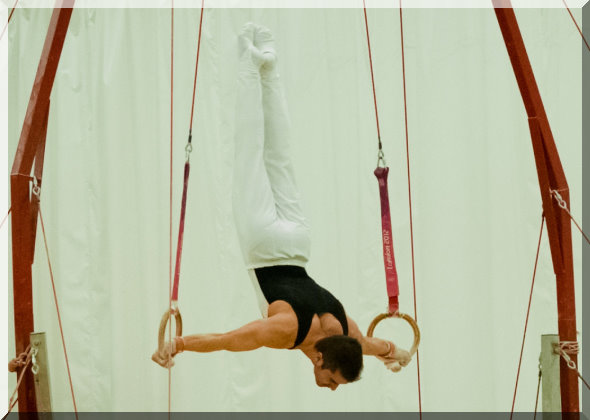 Stefan is the 2015 London Rings Champion

It has been another impressive year for me here in London. My PhD project was approved in June this year and I am now a 1st year part-time PhD student at the National Sports Academy in Sofia. On 26th April I was awarded the gold medal on the Rings by London Gymnastics at the 2015 London Regional, and became the London Rings Champion. In May, I became Sutton Gymnastics Academy Rings Champion for second time and in September I took part at the 2015 Men's London Open. I have become a member of the Association for Physical Education (afPE) in the UK.