The Largest Men's Artistic Event of the Year 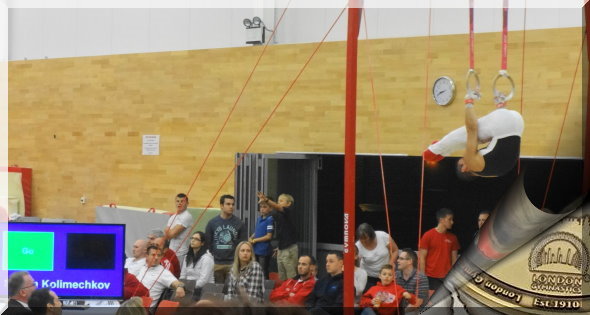 About the Men's London Open

The London Men's Open has been in existence since the early 1900's. The cup presented by the Duke of Westminster still remains today as one of the oldest cups to be challenged for in Great Britain. The London Men’s Open has a tradition of being one of the premier Men’s Artistic competitions in the UK and beyond. Often used as a control trial for gymnasts to be part of Great Britain's European and World teams - the event does not only attract the best elite male gymnasts in Great Britain, but also gymnasts from oversees.

UK National Governing Body for the sport of Gymnastics

Stef at the National Assembly of the Republic of Bulgaria,
Summer holiday, August 2014

Here we are, a few days before the biggest men's artistic event of 2014 in the United Kingdom. The very best and lots of luck to Stef competing this Saturday at the Men's London Open.

'Preparations for the 2014 London Men's Open weekend have started for both gymnasts and the London Gymnastics Organising committee', announced British Gymnastics earlier this week.

British Gymnastics gives us a flavour of what's to come…

World Class Line Up
This year's line-up won't disappoint. With the JLA Westminster Cup being used to finalise the GB team for the World Championships in China, 3-12 October 2014, we are guaranteed a wealth of GB, European, World and Olympic Stars. On top of this we expect to see many overseas gymnasts once again coming to compete.

Disability gymnasts
We are delighted to announce that members of the GB Disability squad will this year be competing alongside our top artistic gymnasts. Using a slightly adapted code, they will compete at the same time as their artistic counterparts.

Stef is entering the 2014 Men's London Open Gymnastics Championships which will be held at the Europa Gymnastics Centre, London, UK, in September this year. Moreover, this will be his second international competition after performing at the London Open 2013 last year, when he competed on the Rings with the best gymnasts in the United Kingdom - Max Whitlock, Daniel Purvis, Sam Oldham, Reiss Beckford, etc., as well as gymnasts from oversees - Markku Vahtila (Finland) - National Rings Champion and others. The London Men’s Open has a tradition of being one of the premier Men’s Artistic competitions in the UK and beyond.

'Taking part in such a big forum is a privilege. I know that I am still far away from the level of these professional gymnasts. However, considering my path in gymnastics and all around it, I would say that this is another step forwards. I want to make a better routine on the Rings than this one from the 2012 National Championships in Sofia, which is still my best performance', said Stefan earlier today.

Competitor for Great Britain
Bronze medalist from the 2012 Olympic Games

Be There, Support Stef

BE THERE, SUPPORT STEF